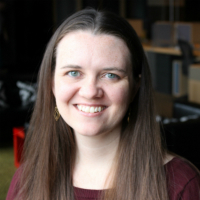 I’ve  been a site builder, documentation writer, article writer, web producer, copy editor, reporter and news curator. I have a knack for seeking out and experimenting with new tools to solve problems and a history of working with developers to see projects to fruition.

Back when I was an editor, I wanted to figure out all the things I could make my CMS do — whether the development team had intended it to be used a particular way or not. That’s why I ultimately pivoted to working with developers to help create a great user experience for content creators and other software end-users.

My responsibilities have included:

Beginner’s guide to reupholstering an office chair
My faux-leather office chair looked awful. Rather than throw it out, I tried my hand at reupholstering it — and shared what I learned along the way with Family Handyman’s readers.

Guide to different types of wallpaper

Confused by terms like peel-and-stick, paste-the-wall and grasscloth? Learn the key things to know about different types of wallpaper.

Painkillers, heroin help drive rise in drug overdose deaths
Published Dec. 14, 2015, on PresentNation.com
Drug overdose deaths rose 7 percent between 2013 and 2014, with painkillers and heroin playing a role in nearly two-thirds of those overdoses.

Raise cigarette-buying age to 21 to reduce smoking 12%, report says
Published March 14, 2015, on PresentNation.com
Hiking the tobacco-buying age to 21 across the country would reduce smoking rates 12 percent more than already predicted declines by 2100, a report predicts. The reason? Younger teens would find it harder to get their hands on cigarettes.

Alarm was rising as a handful of Zika cases were confirmed in the U.S. and the Centers for Disease Control and Prevention was issuing travel bans for hard-hit countries in early 2016. Here are the essential things to know about the mosquito-borne illness.

First penis transplants in US planned for wounded veterans

Published Dec. 8, 2015, on PresentNation.com
More than 1,300 servicemen suffered genital injuries in Iraq and Afghanistan between 2001 and 2013. These injuries may not be publicly visible or life-threatening, but experts describe them as “psychologically devastating” – and a new surgery could soon help ease that trauma.

Q.C., San Tan Valley covet hospital’s address
Published Jan. 14, 2010, in the East Valley Tribune
Two communities, one established but growing and the other brand new, try to make the case for a planned hospital at the border of the two communities adopting their address.

5 Queen Creek homes targeted for demolition
Published Aug. 13, 2009, in the East Valley Tribune
Five homes in the path of a flood control project to channelize a wash were expected to be purchased and demolished, a plan that surprised homeowners.

Teens turning to medicine cabinets for drugs
Published Feb. 4, 2008, in the East Valley Tribune
A teen’s mom had no doubt he expected to come home the night he died of a prescription drug overdose at a friend’s house. Parents, schools and police alike were concerned about the ease teens have finding drugs to abuse in medicine cabinets.

Conjoined twins face heart separation
Published Jan. 31, 2009, in the East Valley Tribune
Emma and Taylor Bailey, conjoined twins who shared a heart, were expected to die long before their second birthday. Their parents decided to have them undergo a risky operation to give them a chance at much longer lives.

Desert may not fully recover from wildfires, ecologists say
Published July 5, 2005, through The Associated Press
Rampant summer wildfires can have a big impact on the fragile desert environment.

Amanda has been a web editor, copy editor and lead editor at her college newspaper.

Combine a wire editor with a web editor, then put the resulting work on several dozen websites all at once, and you have a taste of the work Internet Broadcasting’s News and Content editors perform on a daily basis. The team provided comprehensive online coverage of national and international news stories for close to 60 local television sites around the country so station editors could focus on local news.

What started as a summer copy editing job turned into a three-year relationship writing and editing materials for Kolbe Corp and related nonprofit group The Center for Conative Abilities, which work to measure human instincts and help people utilize their natural talents in everyday life.

Amanda’s first project was copy editing company founder Kathy Kolbe’s third book, “Powered by Instinct: 5 Rules for Trusting your Guts.” That project morphed into a part-time job lasting the rest of her time in college. She wrote and edited material including white papers and promotional pieces; transcribed audio; and captured and edited video. Her last project was editing a new version of the Kolbe A Index results, one of Kolbe Corp’s core products.

Serving as a student editor offers the unique opportunity to both shape coverage for a campus newspaper and become a teacher and mentor to younger students. Amanda had that opportunity at The State Press, the student newspaper serving Arizona State University. She served as editor-in-chief during the 2005-06 school year, overseeing editorial operations and a staff of about 60 students for what was at the time a 22,000-circulation paper publishing five days a week. Prior to that, she was a co-city editor in spring 2005 and a special publications and assistant web editor in fall 2004.

Good storytelling should encompass more than text. When she hears about a new tool for data visualization, or colleagues say, “I wish we could…”, Amanda is game to investigate how tools can be used to tell stories in new ways.

Veteran interview: Lee Councilor
Originally published Nov. 9, 2009 at www.eastvalleytribune.com
Featured by the Veterans Listening Project, www.veteranslisteningproject.org
Lee Councilor grew up as a “desert rat” but discovered a love for the sea during 17 years serving on Navy submarines.

Veteran interview: Amy Sheridan
Originally published Nov. 9, 2009 at www.eastvalleytribune.com
As one of the Army’s first female pilots, Amy Sheridan found both support from colleagues who believed she could do anything and harassment for being a woman in a man’s world.